Of the slightly more than 30,000 total, global deaths from coronavirus to date, a third of them all have been in Italy. That sad distinction means Italy is the source of our best potential insights about COVID19 and the risk of severe infection and death.

Colleagues reached me this morning with this March 26 compilation of coronavirus data from the Italian health ministry, when the mortality toll was at around 7000:

David L. Katz, MD, MPH, FACPM, FACP, FACLM is the founding director (1998-2019) of Yale University’s Yale-Griffin Prevention Research Center, Past-President of the American College of Lifestyle Medicine, Founder/President of the True Health Initiative, and Founder/CEO of Diet ID, Inc. Katz earned his BA degree from Dartmouth College (1984); his MD from the Albert Einstein College of Medicine (1988); and his MPH from the Yale University School of Public Health (1993).

He is a board-certified specialist in Preventive Medicine/Public Health. The recipient of many awards for his contributions to public health, he has received three honorary doctorates. He holds 5 US patents, with others pending. He invented the research methods known as “evidence mapping” and “evidence threshold pathway mapping;” is the principal inventor of the Overall Nutritional Quality Index (ONQI™) algorithm; and invented the first fundamentally new dietary intake assessment method in decades, called Diet Quality Photo Navigation.

Dr. Katz has authored roughly 200 peer-reviewed publications, many hundreds of health columns both on-line and in print, and 17 books to date including leading textbooks in both nutrition and preventive medicine. His most recent book is The Truth about Food, with all proceeds going to support the True Health Initiative. His newest book, How to Eat: All Your Food and Diet Questions Answered, a joint effort with food writer Mark Bittman, was released in March 2020 (How to Eat; Houghton Mifflin Harcourt). 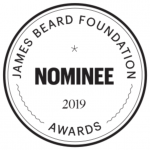 He has served as one of the expert judges for the annual rankings of diets by US News & World Report for much of the past decade. Katz was a 2019 finalist for a James Beard Foundation Award in the category of health journalism together with Mark Bittman.  Katz is recognized globally for expertise in nutrition, lifestyle medicine, and health promotion. Called the “poet laureate of health promotion” by his peers, Katz has given keynote addresses in dozens of countries on six continents, and in all 50 U.S. states. He reaches a social media following of nearly one million.

He and his wife, Catherine, founder of Cuisinicity.com, live in Connecticut.  They have 5 children.

Can Survivors of the Coronavirus Help Cure the Disease and Rescue the Economy? t.co/lnGBkv8oSE

COVID-19: WHY WE SHOULD ALL WEAR MASKS  — THERE IS NEW SCIENTIFIC RATIONALE t.co/Fg4Fa5sXY9

No cause to change any of our precautions, practices, or respect for this crisis; but reason for a bit of #optimism in dark times.